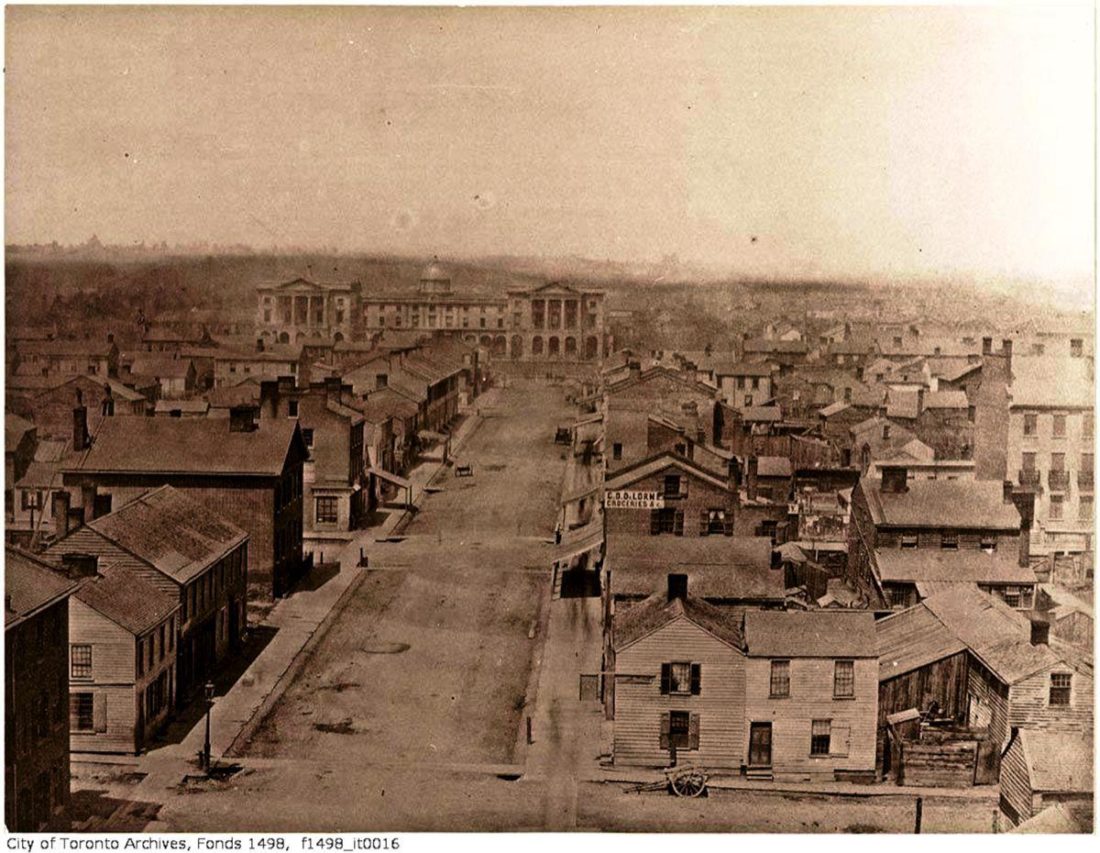 Toronto Then and Now

In 1867, 3 photographers were commissioned to assemble a composition of photos that would be sent to London as part of a bid to nominate Toronto as capital of Canada.  Sometime between the photos being shipped to London and Queen Victoria’s  decision to make Ottawa Canada’s new capital city, the photos were lost.  And remained so for over 120 years.    The story of how these photos were found and the ensuing inspiration to document the downtown core in this day and age for future generations to reflect upon,  can be found in a recent story in NOW Magazine.

Members of the Architectural Conservatory of Toronto commenced documentation of archival worthy images of Toronto in 2015, with completion of the project in 2017.  The contrasts are stark.  The 1867 landscape is  unrecognizable as most buildings have long since disappeared replaced by row after row of glass towers.    It is an interesting journey  though and a wonderful illustration of then and now.    The original photos from 1867 are available for viewing at the City of Toronto Archives on Spadina.