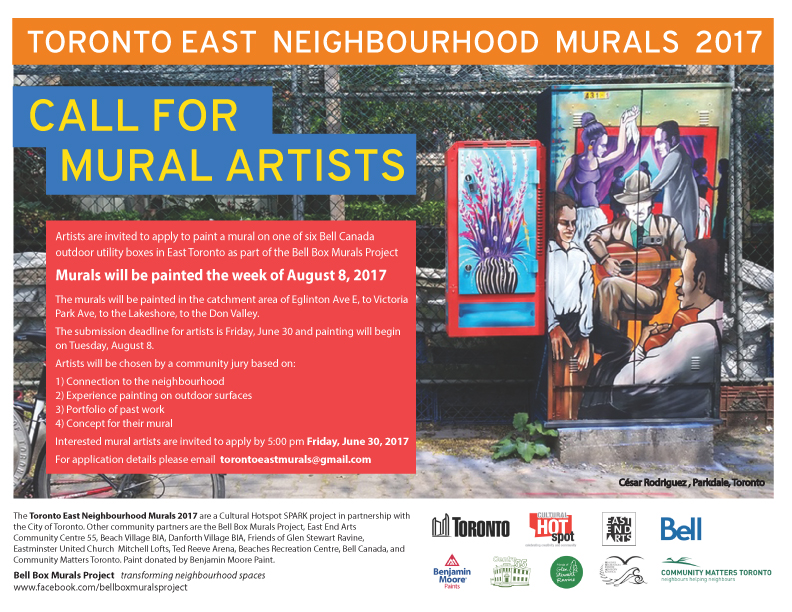 Local artists are invited to submit their entries for consideration for the murals to be featured as part of the Bell Box Murals Project.  The deadline for submission is Friday, June 30th, check out the requirements for submission in the flyer above.

May 4, 2017 In City, Neighbourhood, Recreational

One of the best ways to get to know a city, either as a local or as a visitor passing through,  is to visit one of Toronto’s many neighbourhood Farmer’s Markets.  Each unique in its diversity of food, artisanal bakeries, arts and crafts and general well being, a visit to one of the local markets is a must do.  In addition to the larger, more popular venues such as the St. Lawrence, Evergreen Brickworks and Nathan Phillips Square, there are many small, intimate, neighbourhood and seasonal pop up markets for everyone to enjoy.  For a comprehensive list, click here 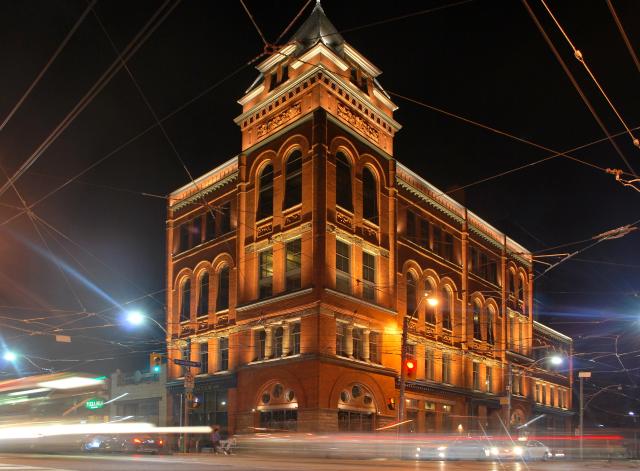 East of the Don

With the recent surge of glass towers popping up all over the city, it is comforting to know that while developers are staying current and meeting an ever-increasing demand for green technology and modern spaces, that the old is not forgotten in the process.  A great example of this, is the rebirth of the Romanesque Revival building, best known for many years,  as the home of  the somewhat unsavory establishment , Jilly’s,  into what promises to be an exciting new addition on the hotel scene in Toronto.  Located at Broadview and Queen,  The Broadview Hotel will open in 2017 after a respectful restoration and modern addition have been completed.  When it opens its doors, The hotel will house 58 boutique style  rooms, a street level café and a rooftop bar.

A much needed facelift at this vitally important gateway to many energetic east end neighbourhoods, all eyes are on the Broadview Hotel’s arrival as an architecturally significant and sound piece of Toronto’s story.

Click on the link below to watch Toronto Star reporter, Christopher Hume’s short video on this piece of Toronto’s history.